Two Nigerian lovers takes it to another level as a man and alongside with his lover takes blood oath goes viral on social media.

The Nigeria man has made his choice to stay together forever with his love of his life, girlfriend took the blood oath with her as part of their everlasting bond.as he set to get married soon.

The man which is identified as Chinedu’m Johnny Amandianaeze, goes viral on social media after he shared some pictures of his blood oath with his undisclosed beloved girlfriend.

According to research on blood oath, it means couples or lovers who has taken the swear by blood, had vowed to be faithful to each other till death do them apart and anyone or body that goes against him or her oath has itself to be blame.

In his post he wrote: Congratulations to me and my girlfriend. Together forever.”

A Nigerian lady’s marriage that’s still at an infant stage is not at its best moment currently following her husband’s attitude towards her family.

The whole ache seems to have started when her family, who gave her husband a marriage list worth N580k when they were to wed, are now demanding he contributes N120k for his brother-in-law’s marriage.

In the story shared by Twitter user, @SmartAtuadi, the confused lady recounts how her husband who earns N70k monthly incurred about N580k expenses based on the list given to him during their wedding.

She revealed that the heavy amount her husband spent at the time sort of made him vow never to help her family members financially, insisting his in-laws have collected all their entitlements from him.

Their marriage has become worrisome now as the man’s brother-in-law is about to wed and was a given a N400k marriage list from his bride — the father-in-law then shared his son’s marriage costs and demanded his son-in-law who earns N70k to contribute N120k to support his wedding.

Enraged by his father-in-law’s demand, the lady’s husband reminded her of the oath he made to never help his in-laws after they made him spend N580k for the marriage list they gave him when he wanted to marry their daughter.

Furious over her husband’s decision, the lady then dubbed him “irresponsible”. 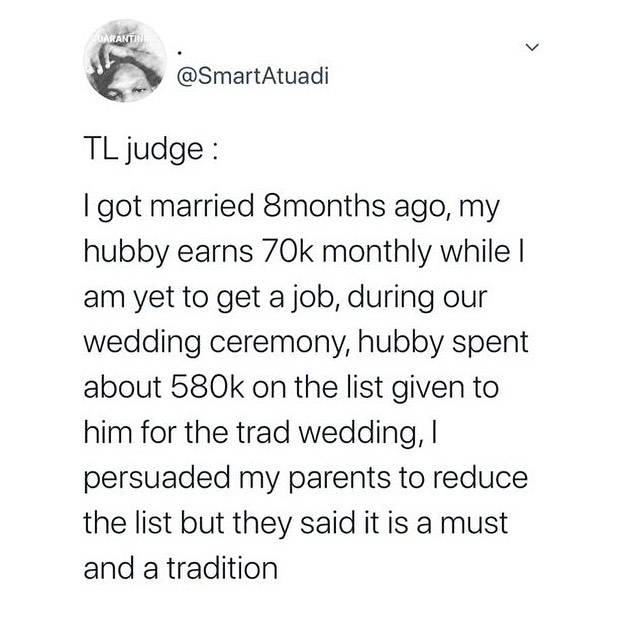 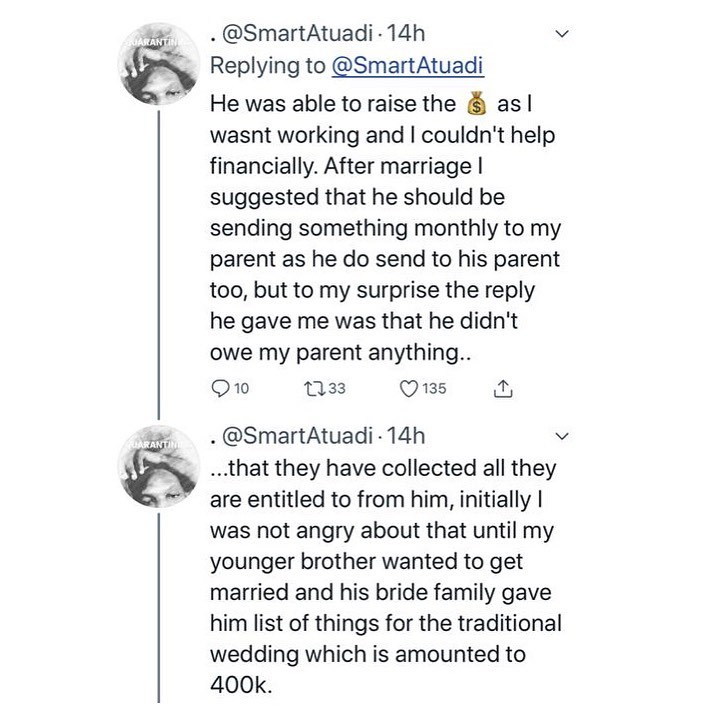 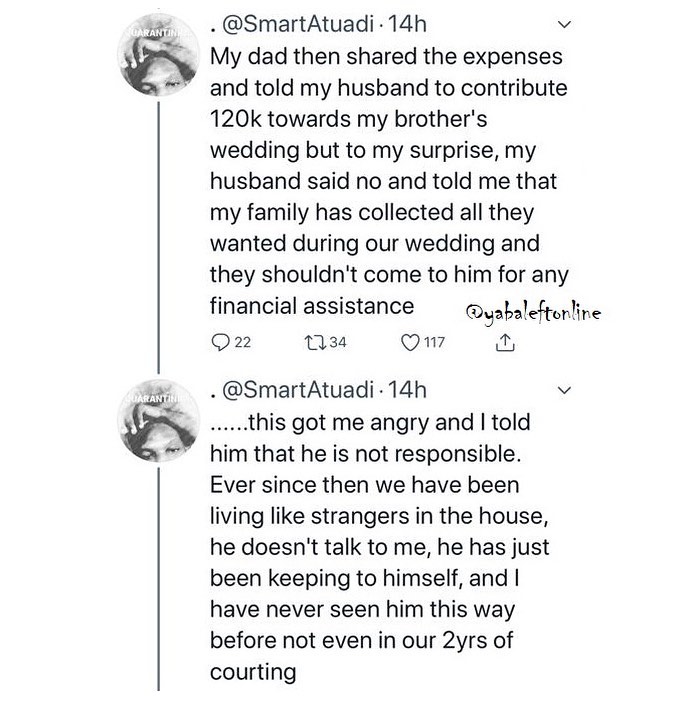 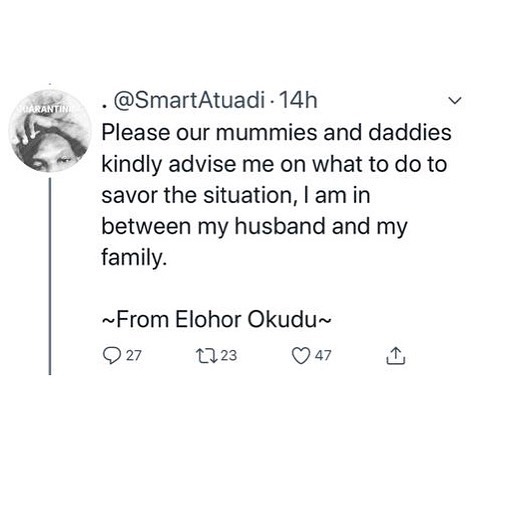